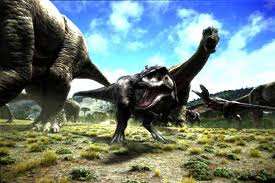 One day, a ship of five got wrecked on an enchanted island. Their names were Frank, David, Louise, Molly and Andrew.

Well, David went to get some supplies and Andrew went with David. The other three set up camp. David found some of their stuff: scubadiving gear and oil and metal. So Andrew and David brought them back to camp and Louise and Frank went for food.

About five mintues later they met the BIGGEST spider ever. THEY RAN FOR THEIR LIVES! THEY SCREAMED! Frank took out a stone and hit him with it. It stopped and ran away. 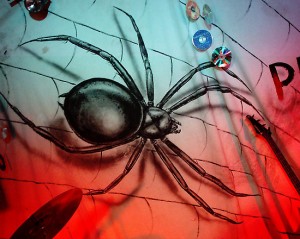 Frank and Louise got some fruit and sticks and stones and went back to camp. They ate the fruit and got special super gravity powers. They could jump higher and see better and smell better too. They built some spears and arrows with the wood and stones and sticks.

Frank and David went into a cave and met a troll. The troll could speak!

“Could you tell us why can’t we get off the island?” they said to the troll.

“Because it’s enchanted”, said the troll. “Do you want to know a secret about the island?”

“There’s a huge monster on this island and he’s back!”

“I’ve got to go!” said Frank. “We should find lead and metal if we’re stuck here.”

They found a broken plane and and a lot of lead and metal and wires. They brought it back to camp. They fixed up the plane with hammers and screwdrivers and they made a fire. They sat around the fire.

A huge dinosaur came out of the jungle and was so, so close. He was just a tap away from Louise! Frank hit it with an arrow and it died. They were so hungry, they ate the dinosaur.

The next day, they fixed the plane they found and they also found a flare gun. All five got in the plane and flew over a ship. The plane broke!

They shot three flares in the sky and they got rescued.