Claire led our assembly today and the children were very well behaved.  Claire told us about a boy called José in Guatemala who was very poor.  He is not allowed to go to school because he has to work.  Even though there is a recession on in Ireland, we are still one of the richest […] 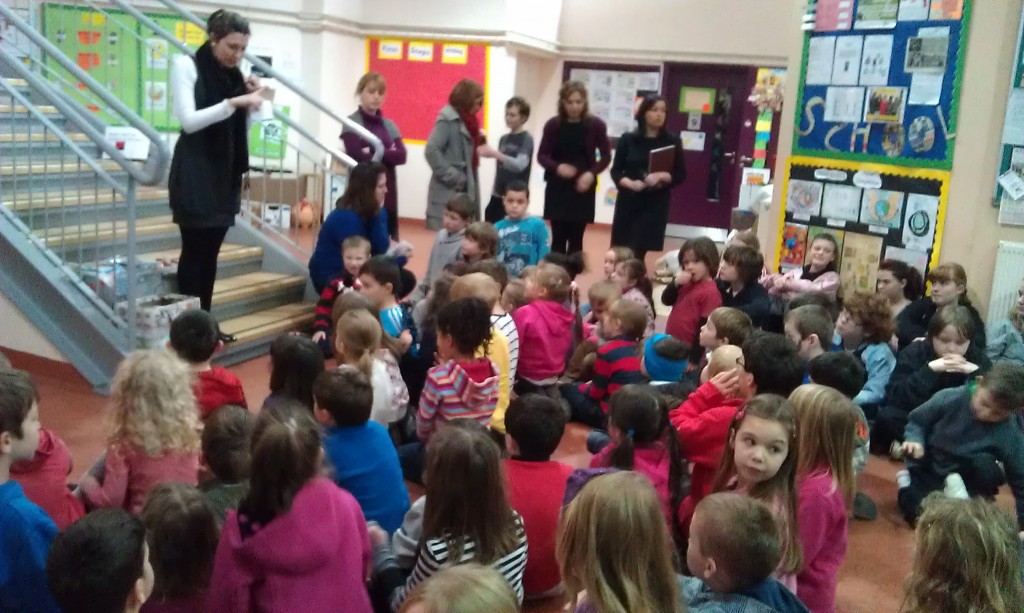 Emer D led our assembly yesterday in the foyer.  We announced the final members of our new student council and we also heard about a Ladybird Books promotion in the newspaper.  We sang our school song and found out who the students of the week were.