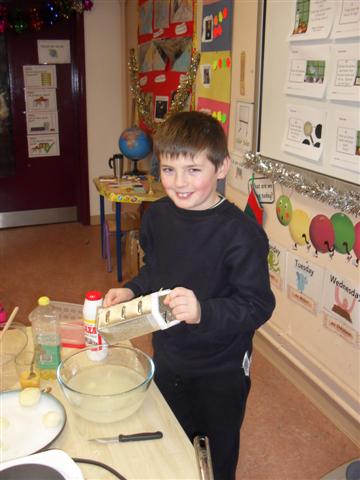 In Ciara’s class this week we learned all about the festival of Hanukkah. Hanukkah is the Jewish festival of lights. The festival lasts for 8 days in memory of the Miracle of Light. To celebrate Hannukkah, Jewish people often have parties with singing, dancing, present-giving and lots of treats to eat, including Latkes. Latkes are […] 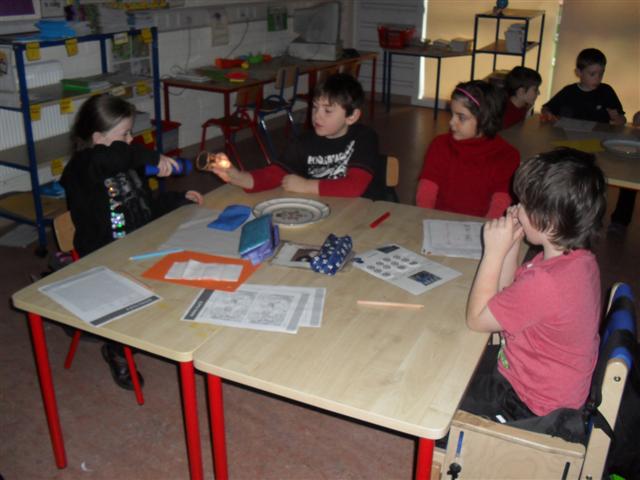 Throughout November, 2nd and 3rd class were investigating light in Science. We used torches to make shadows. Shadows happen when something blocks the light. We had fun learning how to make them bigger and smaller. We also learned about the words transparent (see through) and opaque (not see through) and used our torches again to […] 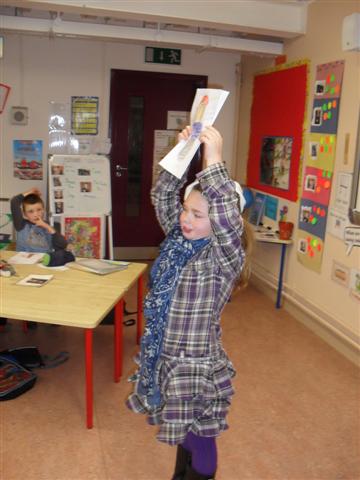 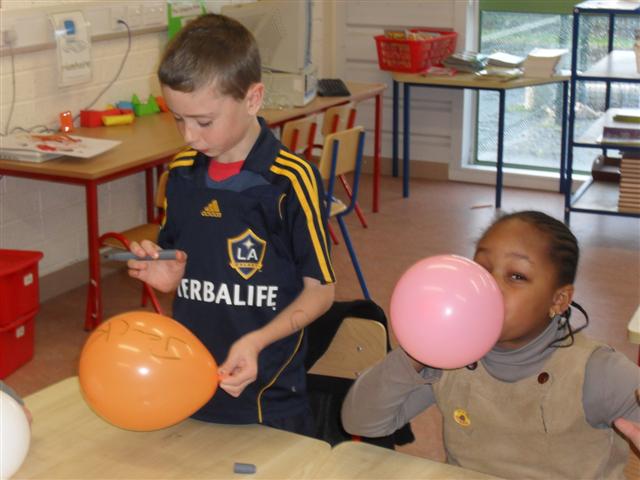 It was Science week this week. In 2nd and 3rd class we were finding out all about space and night and day. We were learning about the first man on the moon, Neil Armstrong, who travelled to the moon in Apollo 11, about the special equipment that an astronaut needs going to space, watched a […] 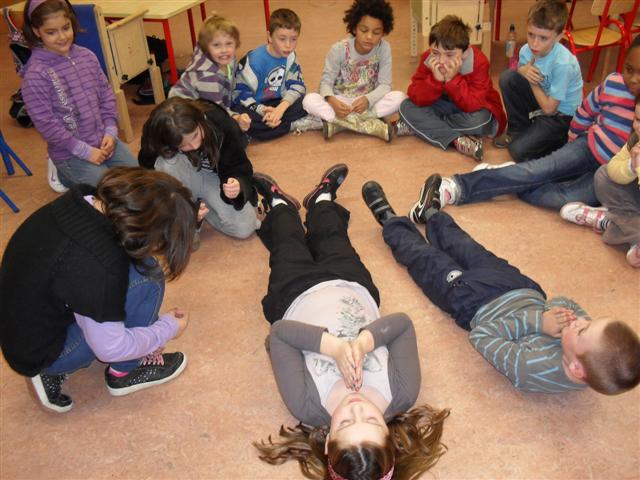 Ciara’s class are getting all set for Halloween this week. We have been learning some poems, songs, talking about Oiche Shamhna as Gaeilge, learning all about Samhain and telling spooky stories. During drama, we split up into four groups and each group made a spooky Halloween still image. The groups performed their image for the […]

Games in the Past 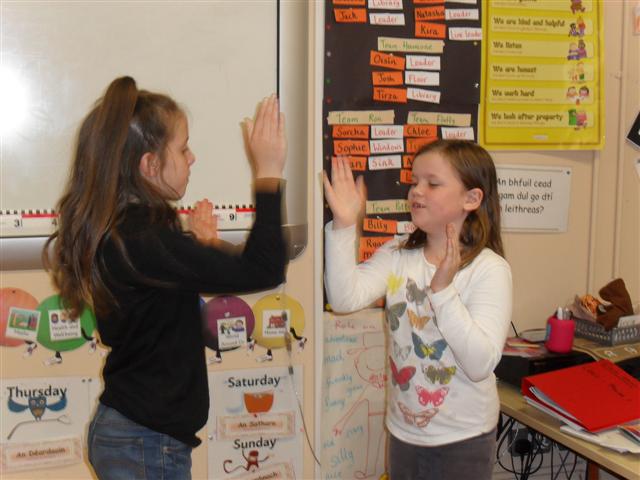 For the past few weeks, 2nd and 3rd class have been learning about all different types of games (especially GAA games). In History today, we talked about some of the games that we like to play. Lots of people like computer games. We then learned about different games that people used to play and that […] 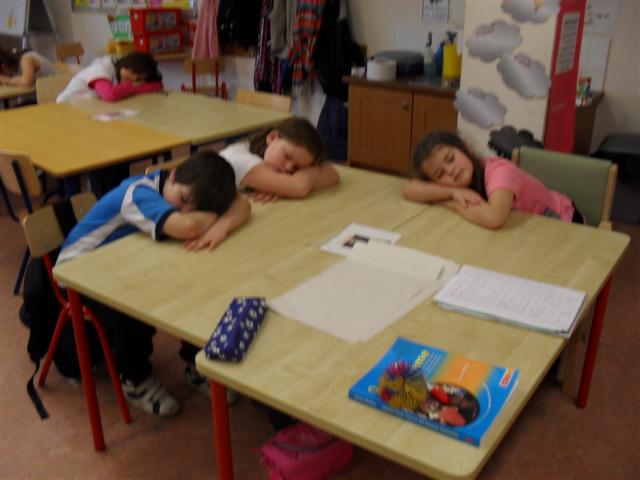 This week in Ciara’s class we were doing some listening and responding. Everyone relaxed with their head down while some classical music was playing and then we drew the pictures that came into our heads as we listened. We discovered that everyone saw something different when the music was playing; fairies, flowers, wizards, robots, houses, […] 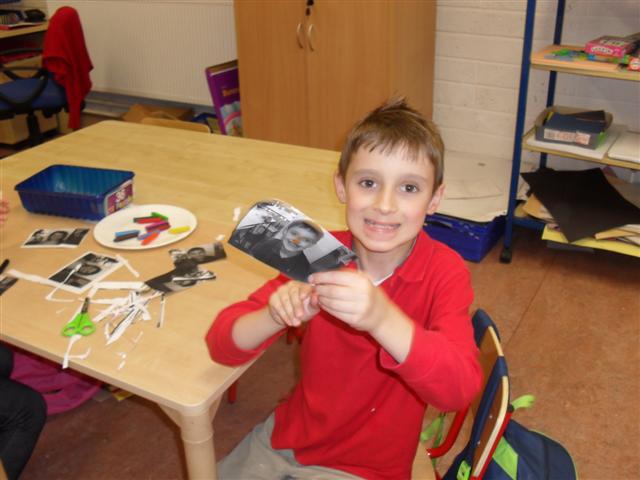 In 2nd and 3rd class, we have been spending a lot of time getting to know each other and talking about ourselves. For Art this week we had a look at the work of Andy Warhol. We thought his work was very ”unusual”, ”colourful” and ”fun”. We swapped around photos of ourselves and coloured on […] 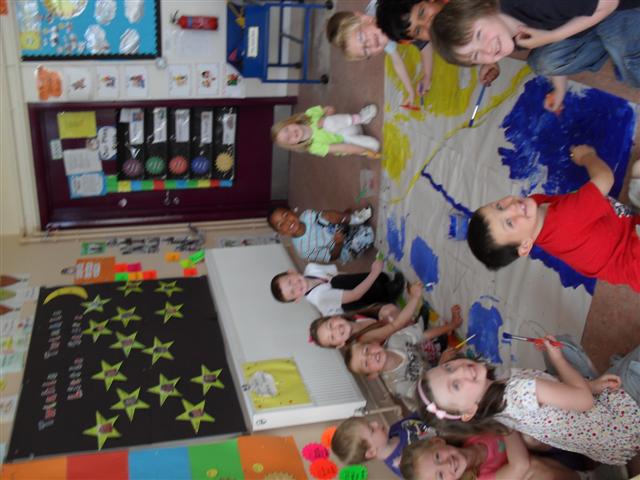 In Junior Infants this week we have been getting all geared up for holidays and have spent all week talking about going to the beach. Everyone worked very hard painting our huge new Summer display. It looks great hanging in Ciara’s classroom. If you look carefully you might just see a familiar face or two! […]

Fun at the Park 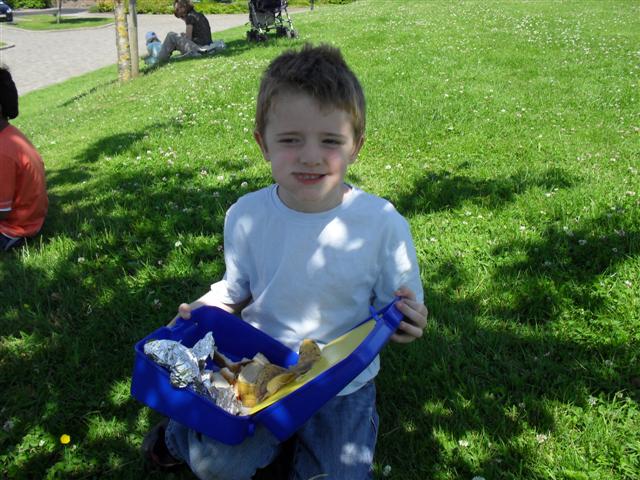 This week, Ciara and Samantha’s class went on a trip to the park. Everyone had great fun in the playground. We had a picnic in the shade and then rolled down the hill until we were dizzy! It was a brillaint day!

We use cookies to ensure that we give you the best experience on our website. If you continue to use this site we will assume that you are happy with it.Ok